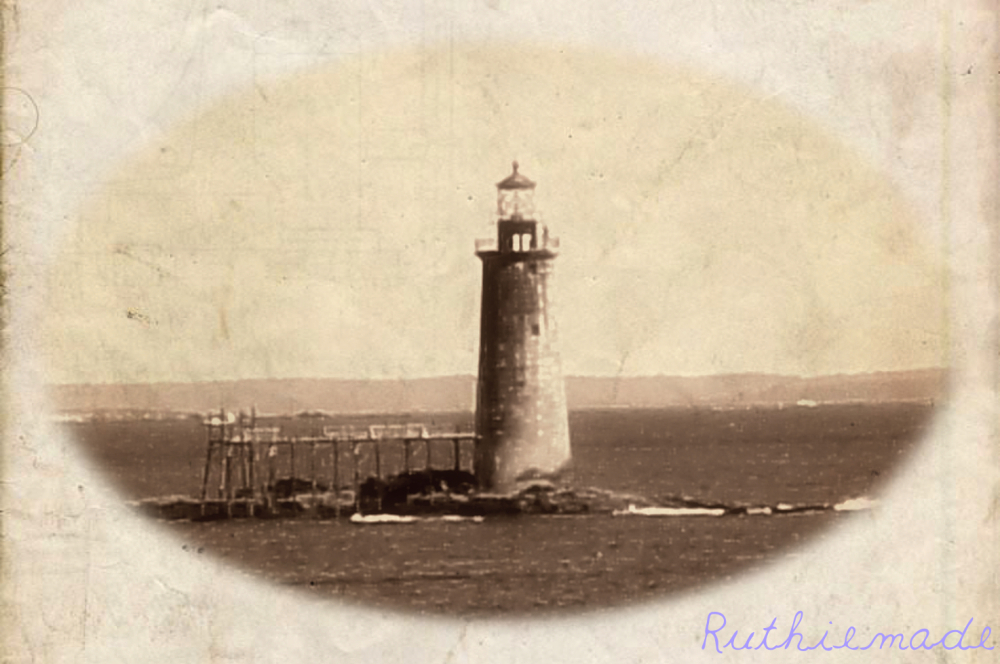 Previous Next
← previous day next day →

Photography is my hobby and I enjoy viewing your comments and images , because they help me become better. I look through my lens and see art, beauty, color, texture and detail. I hope you enjoy seeing my journey from my point of view. Thanks for stopping by.
You can find me on Facebook
Twitter
Instagram
Flickr
See my Color Spotlight images
About.me

You just bought the postcard instead of taking the picture : ).
Great capture and a fantastic processing.

I love this nostalgic processing for the lighthouse.

Fantastic processing and a timeless scene!

Wondeful vintage scene, Ruthie,, and it's a beautfiful lighthouse. Love it!

Nice processing, you have aged it very well.

Thank you Ruthiebear, these wonderful old buildings, and a report on the Hirtoria is great to read! Great picture + + + + +!:-))Haleja.

Beautiful the processing is fabulous, the impression of a very old photo. I love.

Now, I reckon that this is a straight shot of an old postcard, rather than a processed shot that you took. Am I right?

@CElliottUK: No you are not right. This is an image I took on September 27, 2012 and processed with an antique look. If anyone cares to challenge me, I will gladly show you the original.

Adorable edition. I remember the old images ... Thanks for the information. very interesting... best regards, Adela

Fantastic processing! This is a great picture! An interesting history of this lighthouse.

I love your processing and this mood. Excellent !

Great shot of this interesting old view from the lighthouse !!! Excellent information too ...

If this is an original photograph edited in to this, then bravo. looks amazing.

Nice processing ...You made a nostalgic sense for your photo

This does look like an original postcard, re-processed. Tell us please.

@Judy aka L@dybug: I took this photo in Maine in September. WHen editing my images, I thought this one just looked better with this treatment. I guess I did a good job since you think it is an old postcard. I can produce my original in my other blog if anyone does not trust me.

Beautiful processing to give it that classic vintage look!!

My original can be seen here : http://mainelymine.shutterfly.com/pictures/189

You did an amazing job Ruthie..... the vintage look is perfect for this one, beautiful!!

I made my guess and I got it wrong, but at least I made my call.

Interesting history of this lighthouse ... with good composition ... with old photo away. Good colors and light. A hug.

That is wonderful processing. I love it. It really suits the shot.

Fantastic processing Ruthie! Like most, I thought you had discovered an old postcard in someone's attic and post a picture of it. This just shows what a great job of antique processing you did.

Well, you had me fooled!!. The PP is outstanding to take a contemporary shot and age it this well

@CElliottUK: I appreciate all of your comments - even though one questioned me. I just figured I had done a good job in processing it! ;-)

perfect processing! had i not read your exchange with celliottuk and others, i would have sworn it was an antique postcard ... very well done indeed !!!

I do not think that picture is not quite new.

Oh, it isn't a matter of trust, it's that your PP work is so realistically 'antique'!